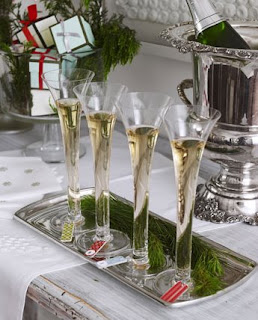 My pen will now rest for a bit, as I'm off tomorrow to the great state of Tennessee to visit with family and friends. SEASONS GREETINGS.
See you in 2010!
Posted by H.G. Dowdell at 10:37 AM 1 comment: 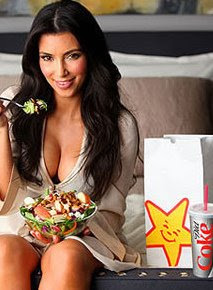 Or so says Carls Jr., who has signed on a new face to sex up its brand. Following in the recent tradition of burger-binging Padma Lakshmi (memorable ketchup licking moments from her lips, chin, and shin bone, etc.), Kim Kardashian will soon be pimping a new line of salads being introduced by the fast food chain.

"Salads can be sexy," Kardashian coos through pouted lips in a promotional video for the ad campaign, which does in fact feature a shot of the star scraping some salad dressing off her chest with a slice of apple. (Hey, easy there on that balsamic vinaigrette, Kim!)

Kardashian says her "favorite pastime" is what she calls a "bed picnic," which is a messy feast usually involving an after-meal bath.

And I'm sure the "booty-licious" little reality show darling just might need one after it's all over. Shredded romaine, radishes, and radicchio... oh, my.

Drinking For The Holidays

Just in time for all that "holiday cheer" we've been sloshing down so far this month, according to new laboratory research, people who drink may want to know that coffee won’t sober them up. Instead, a cup of coffee may just make it even harder for people to realize they’re drunk.

“The myth about coffee’s sobering powers is particularly important to debunk because the co-use of caffeine and alcohol could actually lead to poor decisions with disastrous outcomes,” said co-author Thomas Gould, PhD, of Temple University, in extending the research to what it means for humans.

Read the rest of this "eye opening" study
here
Posted by H.G. Dowdell at 8:03 AM 1 comment:

Buy A Piece Of Tavern On The Green 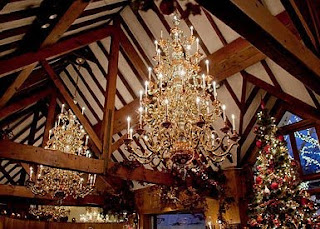 In keeping with the sad end of a legendary era, Guernsey’s Auction House has released the details of New York's Tavern on the Green auction, after the landmark restaurant announced it was filing for bankruptcy earlier this year. On offer: everything from the chandeliers to the outdoor topiaries to 1,000 upholstered chairs. Artifacts from the old Russian Tea Room will also be up for grabs.

Can't tell you the number of wedding receptions, anniversary bashes, and company Christmas parties I've attended at this memorable eatery. Central Park will never be the same without it.