There’s no doubt in anyone’s mind that San Francisco’s Mission district pastry maker extraordinaire, Elizabeth Falkner, has transformed her Citizen Cake Patisserie and Restaurant Bar over the past 10 years into the country's ultimate dessert destination.

And in DEMOLITION DESSERTS, her new cookbook in book stores next week, the James Beard Award nominee uses this otherwise “destructive” title to present her favorite creations, from the cookies, brownies, and cupcakes beloved by Citizen Cake regulars to the plated dessert specials that have made her one of the most talked about dessert makers of this generation.

In this book, Falkner breaks down classic desserts and reconstructs them flavor by flavor, with astounding results. Her most elaborate desserts have been adapted for the average home kitchen, and each recipe outlines a detailed make-ahead timeframe and of course, a shorter version for those pressed for time.

And all that’s mentioned above, clearly makes this another one of my must-have picks for any cookbook shelf. An advance copy of it, now prominently sits on mine as well.

Well then, here's the chance to prove it, courtesy of WalMart and the Rachael Ray Show.

How, you ask? Simple. Just tape yourself in the kitchen (in typical Top-Chef-reality-TV-show-style...of course), and tell them why you think you're the best of the best.

The show producers will review and judge all properly submitted videotapes based on your skills, creativity and personality and will choose the top 5 entries. The 5 finalists will be notified by the Show and flown to Ray's NYC studio to participate in our “So You Think You Can Cook” Show-Down. The finalists will also participate in the Show-Down from October 5 through October 19, 2007, competing in a series of surprise kitchen-related challenges. Each challenge will be judged by one or more culinary professionals. After each challenge, the finalist judged to be the weakest will be eliminated and sent home. And of course, the last cook left standing, wins.

I'd also feel a little strangely "remiss" here when referring in any way, shape, or form to Ray -- without uttering her pet words: Sammy (sandwich), E.V.O.O. (extra virgin olive oil), or Yum-O (that sounds so good, I might even name a cookbook after it one day). Oh, Rach.

In any event, click here for more details on how to enter.

1950s rocker, Jerry Lee Lewis, coined the phrase (and the song) first, probably after having the same encounter while standing just a little too close to his flaming piano.

In any event, Britain's Daily Mirror now reports that UK celebrity chef and Fox’s Hell’s Kitchen star, Gordon Ramsay, has burned his right testicle while cooking "commando" near a hot oven. Ramsay had to be immediately rushed to the hospital following the incident.

"I was wearing cotton trousers and underneath I was going commando," Ramsay told the paper. "Then suddenly I felt this searing heat, and my balls were burning. I burnt my right bollock and I'm in absolute agony. You wouldn't believe how much this hurts."

By the way, just so you know, going Commando-style in the UK generally means: "Yes, I have no panties on."

Coincidentally, fellow celebrity chef Jamie Oliver suffered a similar incident while cooking a Valentine's Day meal for his wife in the nude in 2004.

However, the Scottish celebrity chef’s wife, Tara Ramsay, has revealed that her husband's claim that he burned his testicles while cooking in his kitchen was a lie. Speaking on ITV daytime television program, This Morning she said Ramsay just made up the story when asked about his recent visit to the hospital.

"We were at an awards that night and the moment we stepped out, he was questioned on it. You could see he was just brimming with excitement at the fact, "I know what I'm going to say, I burnt it," Tara said, adding that the TV star had gone to the hospital for a dull ache in one of his testicles. "You know Gordon," she continued, "It's a red rag to a bull, he gets really excited at the story he can make up."

Either way, this news is coming just a tad bit early for: Chestnuts roasting on an open.... 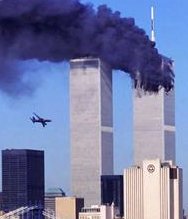 Women Chefs For The Cause

Yes, you’ve heard it here too. That it’s often a man’s world in the restaurant biz, with women having to scrap and claw for every bit of recognition, every step of the way. However, A Second Helping of Life, is holding a big benefit event for breast-and ovarian-cancer survivors, boasting a notable lineup of stars, and all of the female culinary persuasion.

Prune’s Gabrielle Hamilton, Del Posto’s Nicole Kaplan, Butter’s Alexandra Guarnaschelli, Amalia’s Ivy Stark, and Rebecca Charles, inventor of the lobster roll, will all be front and center, along with such founding females of the New York food scene as Gourmet Magazine's Ruth Reichl, and the formidable Ariane Daguin of D'Artagnan.

Tickets are $300 for the event, to be held on September 17 on Chelsea Piers. Visit the SHARE website for more information.
Posted by H.G. Dowdell at 10:59 AM No comments:

He's the one who coined the phrase well, throughout his Food Network days. And from succulent grilled peaches to a gorgeous cut of brisket (remember…fat side down), Bobby Flay and his Texas-born bride, Stephanie March, do the grilling thing, "New York-style" in this vintage Boy Meets Grill clip.

Just in time for some late-summer grilling tips, from the "grill meister" himself.