In these tough economic times in the publishing world, I think it's heartening to know that "gaffes" can still sell books. And, the more provocative and controversial the gaffe – the better the chance that books will literally fly off the shelves.
It seems such is the case that emerged in April in The Pasta Bible, urging readers to add "salt and freshly ground black people" to a recipe. Since then, sales of the Australian cookbook have almost quadrupled.
Last month a reader got in touch with Penguin Australia about the error in the cookbook's recipe for tagliatelle with sardines and prosciutto, which in substituting "people" for "pepper" forced the publisher to send the 7,000 copies of the book at its warehouse to be destroyed. But far from putting readers off The Pasta Bible, the Bookseller reveals that sales after the mistake was discovered are up 275%.

And with international cries of everything from racism to cannibalism over what I see is nothing more than a costly "error" on a publisher's part, all I can say is: Staying "grounded" in the face of adversity? Priceless. 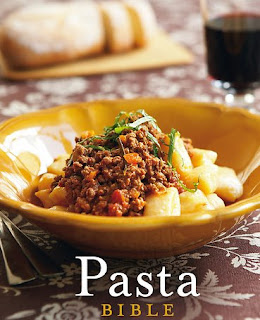 Unfortunate error, for sure. Does this mean we'll be seeing more books with errors slipped in between the covers?