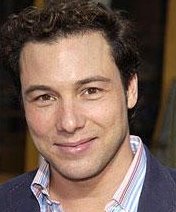 In keeping with the story that broke earlier this year, it looks like Rocco DiSpirito's reality TV show for A&E , where the noted chef and cookbook author goes into to the average kitchen and helps out with a major cooking catastrophe -- or special event, will be a reality after all. Sort of a cross between a Food 911 and The Discovery Channel's Take Home Chef, the pilot episode for this new show has now been shot and completed, according to sources working close to its production.

The subject of Rocco’s culinary makeover is a woman who owns a speed dating service, but ironically chooses to remain very much single herself. Sources say A&E loves the pilot and is expected to pick up the series as soon as they can figure out the time slot.

This also marks Rocco's return to the small screen since NBC's ill-fated The Restaurant . So, lots of luck this time around, Rocco, and I'm sure many of us will... stay tuned.
Posted by H.G. Dowdell at 11:43 AM