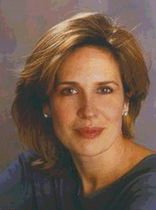 In her introduction to the first segment of The New Medicine , the late activist and champion, Dana Reeve tells viewers: "Your emotional state has a tremendous amount to do with sickness, health and well-being. For years, my husband and I lived on -- and because of -- hope. Hope continues to give me the mental strength to carry on."

Read more here about this latest look into the world of medicine, from alternative to mainstream, i.e., nutritional supplements, acupuncture, massage and holistics-- that might improve a patient's overall experience while battling the most chronic diseases.

Dana Reeve was chairperson of the Christopher Reeve Foundation (CRF) and founder of the Christopher and Dana Reeve Paralysis Resource Center. She will always be remembered for her passion, strength and ceaseless courage that became her hallmark. Along with her husband Christopher, she faced adversity with grace and determination, bringing hope to millions around the world.

The New Medicine airs on PBS tonight. Check your local listings for the exact time.

So congrats to her now on receiving this prestigious award.

Read the entire press release here on this year's ceremony to be held on May 8 in New York City.

Spring temperatures *all around* today for most of the U.S. according to this morning's forecast -- so get on out there and enjoy them. Good Wednesday, all. Peace.