The Newest Light On Broadway

An honor that so far has only been bestowed upon a small list of names in the history of the Broadway theater, this past Sunday, The Virginia Theatre here in New York was renamed the August Wilson Theatre .

In a move which was decided upon by the Jujamcyn Theater Corporation, owners of the former Virginia Theater, it serves to recognize the contributions made to the American theater by the renown Pulitzer Prize-winning playwright who died of liver cancer on October 2nd, and whose in-depth and poignant looks into our society through his plays will live on in my memory forever. And as one who cherishes every Playbill program booklet and matinee ticket I've ever held in my hand for an August Wilson play on Broadway, needless to say, for me, there will never be another one like Wilson, whose stage plays have also managed to showcase new talent -- as well as keep many black actors and actresses working and earning a paycheck. Something that has been attested to by many who have had the honor of portraying one of his complex yet immediately identifiable characters.

A native of Pittsburgh, PA, August Wilson started writing in 1965, upon acquiring a used typewriter. His initial works were poems, but in 1968, Wilson co-founded Pittsburgh's Black Horizon Theater. Among those early efforts was a play called "Jitney," which he revised more than two decades later as part of his 10-play cycle. Wilson was largely self-educated. The public library was his university and the recordings of such iconic singers and musicians as Bessie Smith and Jelly Roll Morton, and the paintings of such artists as Romare Bearden his inspiration.

In 1978, he moved to Minnesota, writing for the Science Museum in St. Paul and later landing a fellowship at the Minneapolis Playwrights Center. In 1982, "Ma Rainey's Black Bottom" was accepted by the National Playwrights Conference at the O'Neill Theater Center in Connecticut. It was there that Wilson met Lloyd Richards, who also ran the Yale School of Drama. Their relationship proved fruitful, and Richards directed six of Wilson's plays on Broadway. The first was "Ma Rainey," which opened on Broadway in 1984. Wilson's reputation was cemented in 1987 by the father-son drama "Fences," his biggest commercial success. The play, which featured a Tony-winning performance by James Earl Jones, ran for more than a year. It was followed in New York by "Joe Turner's Come and Gone" (1988), "The Piano Lesson" (1990), "Two Trains Running" (1992), "Seven Guitars" (1996), "Jitney" (2000), "King Hedley II" (2001) and "Gem of the Ocean" (2004).

"August's work is like reading a rich novel," says Anthony Chisholm, a veteran Wilson performer in such plays as Gem of the Ocean and Radio Golf. "It conjures up vivid images in the mind, and it makes the actor's job easier because you have something to draw upon to build your character." 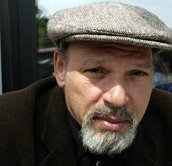 With so many characters and stories left to show us, indeed he will now be missed.

In addition to being a brilliant playwright, he was also one of the nicest men I've ever met.